CUSTOMER NOTICE UPDATE ON SUPPORT AND DELIVERIES DURING COVID-19.
FIND OUT MORE HERE

‘To be Ireland’s leading provider of total energy solutions to meet customers changing requirements, delivered to the highest possible standards’

Flogas is known for providing enviable after sales service with nationwide coverage via a panel of service fitters strategically located around the country. The company also operates a 24 HOUR EMERGENCY SERVICE – ensuring assistance with your gas supply or gas equipment is there for whenever you need it. 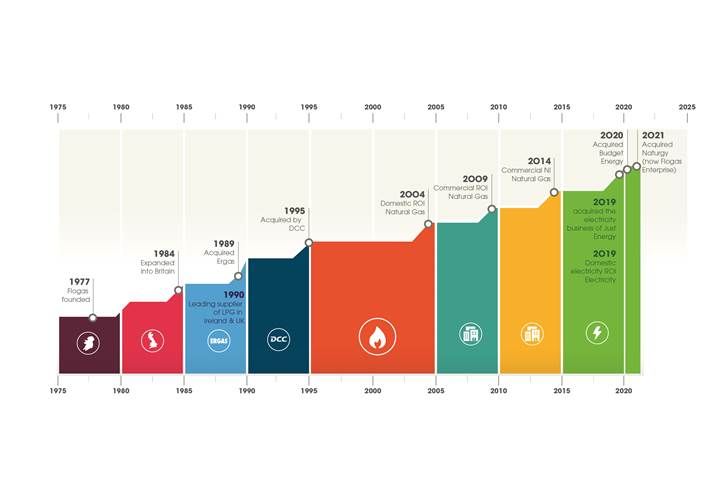 The History of Flogas

Flogas commenced as Flogas Limited, which was incorporated in September 1977 and commenced business in August 1978. The founding executives of the company, Tom Cleary, Patrick Mercer, Eugene Quigley and John Sheehan had between them considerable experience of the LPG business in Ireland.

They were joined by a number of individual investors and by DCC Limited as founding shareholders.

We want to ensure you are seeing the right content for your region as offers or content may differ for different regions. Please choose your region below: